Oklahoma is 800 years behind….

An insurance adjuster for one of the largest insurance companies in Oklahoma told me recently, “I don’t care what the insurance policy says, if the city isn’t enforcing the building code then we aren’t paying to bring things up to code.”

Most of you homeowners are paying higher insurance premiums, to have an O&L endorsement (ordinance and law), or building code upgrade endorsement added to your insurance policy.  This covers costs to update your home to current building code requirements once work has begun to things like your plumbing, or roofing. 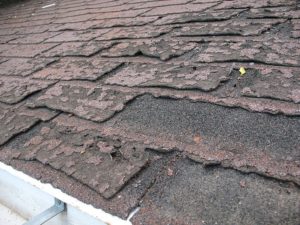 The science of home building has been a progressive learning process over the last few centuries, and can even be traced back to the time of Moses.  Building codes, builder’s licenses, and permits started becoming more organized in the 12th century A.D.  and it seems that the state of Oklahoma, and especially Oklahoma City is about 800 years behind the times.

In 1189 AD, the Mayor of London, Henry Fitz-Elwyne, issued an ordinance known as the “Assize of Buildings.” This ordinance was referred to as a “planning act, ” but contained much on the construction of structures. After the plague and fire consumed much of the city in 1664, Parliament enacted further building regulations reflecting the growth in knowledge of building technology. To enforce these “codes’ surveyors were appointed and empowered with the authority to invoke jail sentences on violators. Perhaps this was the birthplace of the first building inspector.

You need a permit to have a garage sale in Oklahoma City.  You need a license to cut hair.  But a so-called “roofer” doesn’t need a license or a permit to put a roof on a house.  You would have to have a State issued license and mandatory continuing education to sell a house……but you need none of that to build it; and that is ridiculous!

People wonder why the con-artists and out of state roofers flock to Oklahoma every year;  and why the big insurance companies can just blatantly deny the coverage, that they agreed to, in the policies that they wrote.

It is because the State, and the municipalities do nothing to protect the citizens from these predators.  As a homeowner and an Oklahoman you should be angry….or you can just wait until you personally get screwed, then get angry.  And then reread this article and the last line…